In order to be successful, Business Quotes are a motivating factor. This could be anything from making a profit to providing a service to the community. Whatever the motivation is, it needs to be strong enough to keep the business running. Without motivation, businesses will quickly fail.

Business motivation is the driving force that makes people work hard to achieve their business goals. It is the inner desire or ambition to succeed in business. This motivates people to put in extra effort and stay focused on their goals.

No matter what type of business motivation someone has, it is important to have a clear goal in mind and a plan for how to achieve it. Without these things, it can be difficult to stay motivated and make progress.

Below you can find the list of business quotes to read and grow your business.

“whenever You Find Yourself on The Side of The Majority, It Is Time to Pause and Reflect.” Mark Twain

“A brand for a company is like a reputation for a person. You earn reputation by trying to do hard things well.” Jeff Bezos

“Most of the important things in the world have been accomplished by people who have kept on trying when there seemed to be no hope at all.” Dale Carnegie

“The entrepreneur always searches for change, responds to it, and exploits it as an opportunity.” Peter Drucker

“A business that makes nothing but money is a poor business.” Henry Ford

“An organization’s ability to learn, and translate that learning into action rapidly, is the ultimate competitive advantage.” Jack Welch

“Failure doesn’t mean you are a failure it just means you haven’t succeeded yet.” Robert H. Schuller

“Do more than is required. What is the distance between someone who achieves their goals consistently and those who spend their lives and careers merely following? The extra mile.” Gary Ryan BlairGary Ryan Blair

“The secret of business is to know something that nobody else knows.” Aristotle Onassis

“Economic depression cannot be cured by legislative action or executive pronouncement. Economic wounds must be healed by the action of the cells of the economic body – the producers and consumers themselves.” Herbert Hoover

“The work of the individual still remains the spark that moves mankind ahead even more than teamwork.” Igor Sikorsky

“Meetings are indispensable when you don’t want to do anything.” John Kenneth Galbraith

“The great leaders are like the best conductors – they reach beyond the notes to reach the magic in the players.” Blaine Lee

“And while the law of competition may be sometimes hard for the individual, it is best for the race, because it ensures the survival of the fittest in every department.” Andrew Carnegie

“There are no secrets to success. It is the result of preparation, hard work, and learning from failure.” Colin Powell

“If you’re trying to create a company, it’s like baking a cake. You have to have all the ingredients in the right proportion.” Elon Musk

“There is only one boss. The customer. And he can fire everybody in the company from the chairman on down, simply by spending his money somewhere else.” Sam Walton

“The first responsibility of a leader is to define reality. The last is to say thank you. In between, the leader is a servant.” Max de Pree

“It is not from the benevolence of the butcher, the brewer, or the baker that we expect our dinner, but from their regard to their own interest.” Adam Smith

“Success or failure in business is caused more by the mental attitude even than by mental capacities.” Walter Scott

“Effort only fully releases its reward after a person refuses to quit.” Napoleon Hill

“One of the tests of leadership is the ability to recognize a problem before it becomes an emergency.” Arnold H. Glasow

“A company is only as good as the people it keeps.” Mary Kay Ash

“It’s easy to make a buck. It’s a lot tougher to make a difference.” Tom Brokaw

“No enterprise is more likely to succeed than one concealed from the enemy until it is ripe for execution.” Niccolo Machiavelli

“If you want to kill any idea in the world, get a committee working on it.” Charles Kettering

“We succeed in enterprises which demand the positive qualities we possess, but we excel in those which can also make use of our defects.” Alexis de Tocqueville

“To command is to serve, nothing more and nothing less.” Andre Malraux

“When in doubt, mumble; when in trouble, delegate; when in charge, ponder.” James H. Boren

“If you don’t drive your business, you will be driven out of business.” B. C. Forbes

“If one does not know to which port one is sailing, no wind is favorable.” Lucius Annaeus Seneca

“Making money is art and working is art and good business is the best art.” Andy Warhol

“Just because something doesn’t do what you planned it to do doesn’t mean it’s useless.” Thomas A. Edison

“Happiness does not come from doing easy work but from the afterglow of satisfaction that comes after the achievement of a difficult task that demanded our best.” Theodore Isaac Rubin

“So little done, so much to do.” Cecil Rhodes

“An economist is an expert who will know tomorrow why the things he predicted yesterday didn’t happen today.” Laurence J. Peter

“Profit in business comes from repeat customers, customers that boast about your project or service, and that bring friends with them.” W. Edwards Deming

“An organization, no matter how well designed, is only as good as the people who live and work in it.” Dee Hock

“Don’t worry about people stealing your ideas. If your ideas are any good, you’ll have to ram them down people’s throats.” Howard Aiken

“I hope we shall crush in its birth the aristocracy of our monied corporations which dare already to challenge our government to a trial by strength, and bid defiance to the laws of our country.” Thomas Jefferson

“Trust is the lubrication that makes it possible for organizations to work.” Warren Bennis

“Our work is the presentation of our capabilities.” Edward Gibbon

“Sooner or later, those who win are those who think they can.” Paul Tournier

“When times are bad is when the real entrepreneurs emerge.” Robert Kiyosaki

“The final test of a leader is that he leaves behind him in other men the conviction and the will to carry on.” Walter Lippmann

“It’s not what you pay a man, but what he costs you that counts.” Will Rogers

“Business, more than any other occupation, is a continual dealing with the future; it is a continual calculation, an instinctive exercise in foresight.” Henry R. Luce

“It’s OK to have your eggs in one basket as long as you control what happens to that basket.” Elon Musk

“I’m not a driven businessman, but a driven artist. I never think about money. Beautiful things make money.” John Dalberg-Acton

“Regard it as just as desirable to build a chicken house as to build a cathedral.” Frank Lloyd Wright

“Our business is infested with idiots who try to impress by using pretentious jargon.” David Ogilvy

In conclusion, it can be said that business motivation is essential for the success of any organization. By providing employees with the right incentives, businesses can ensure that their workers are motivated to achieve the company’s goals. The right mix of rewards and punishments can help to create a productive and positive work environment.

I am a Word Press Designer/developer, Affiliate Marketer, Youtuber, Freelancer, and Blogger.

I Love to Write Articles, Making YouTube Videos, and Providing Wordpress Services to Clients. You Can Connect with Me on My Social Media Channels or by Email: Admin@iamagainhere.com

This Is My Passion. 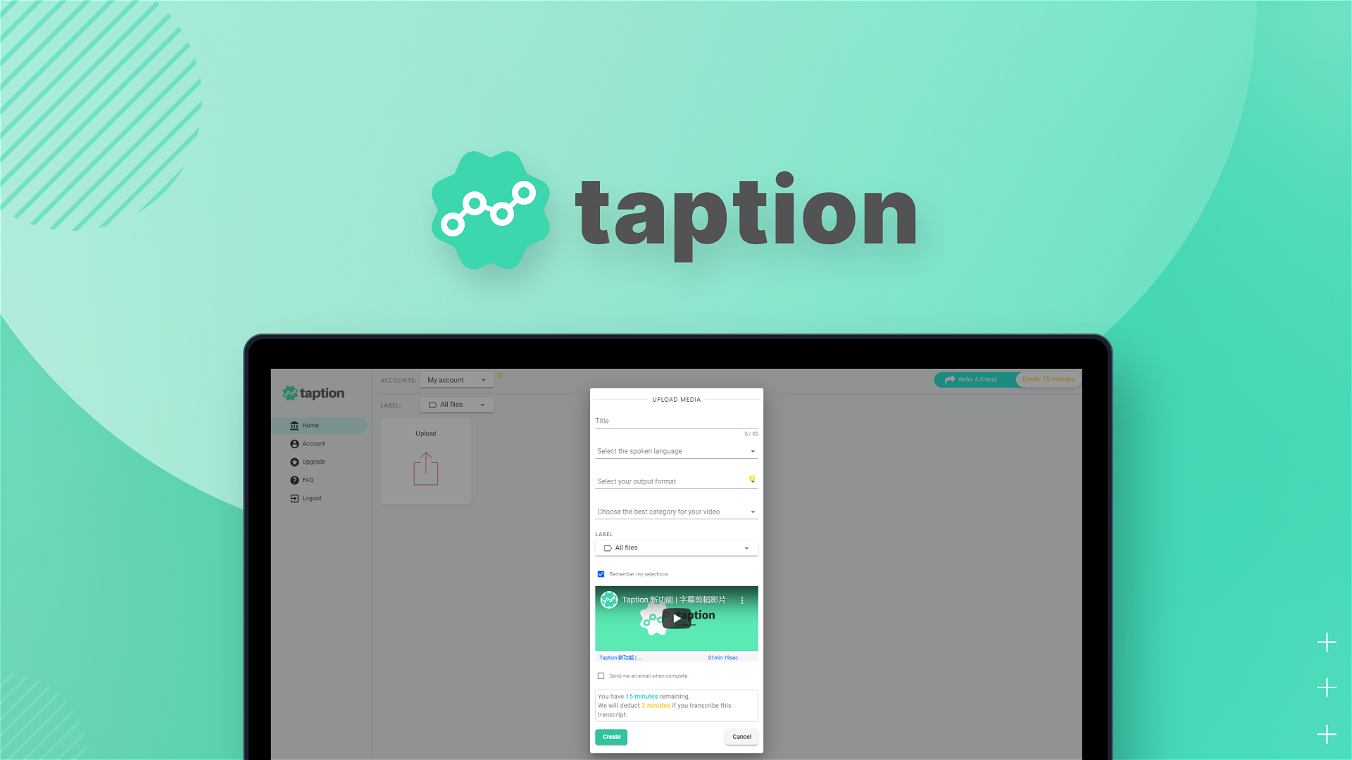 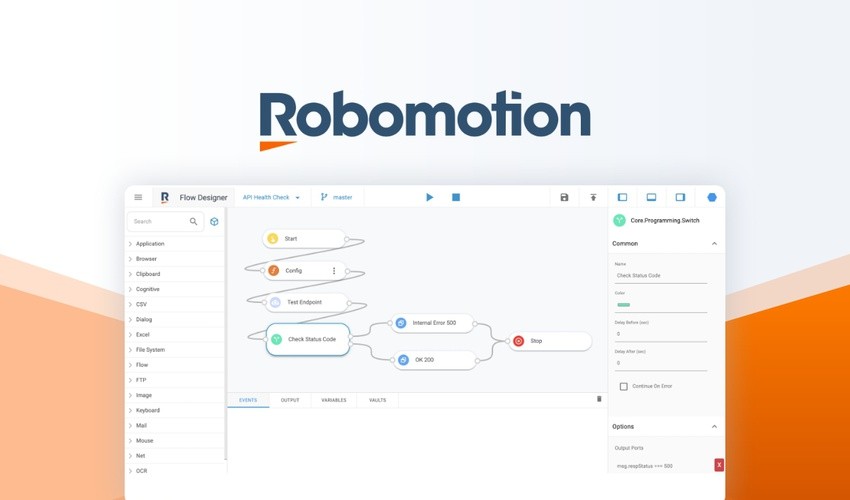 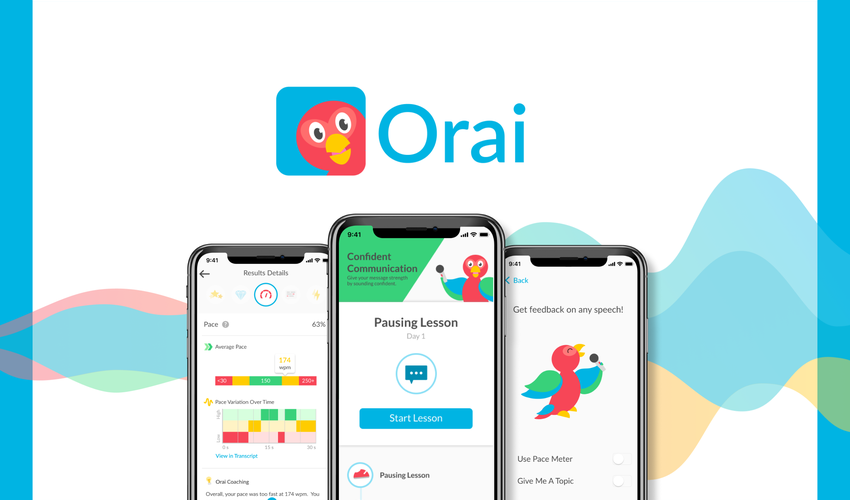 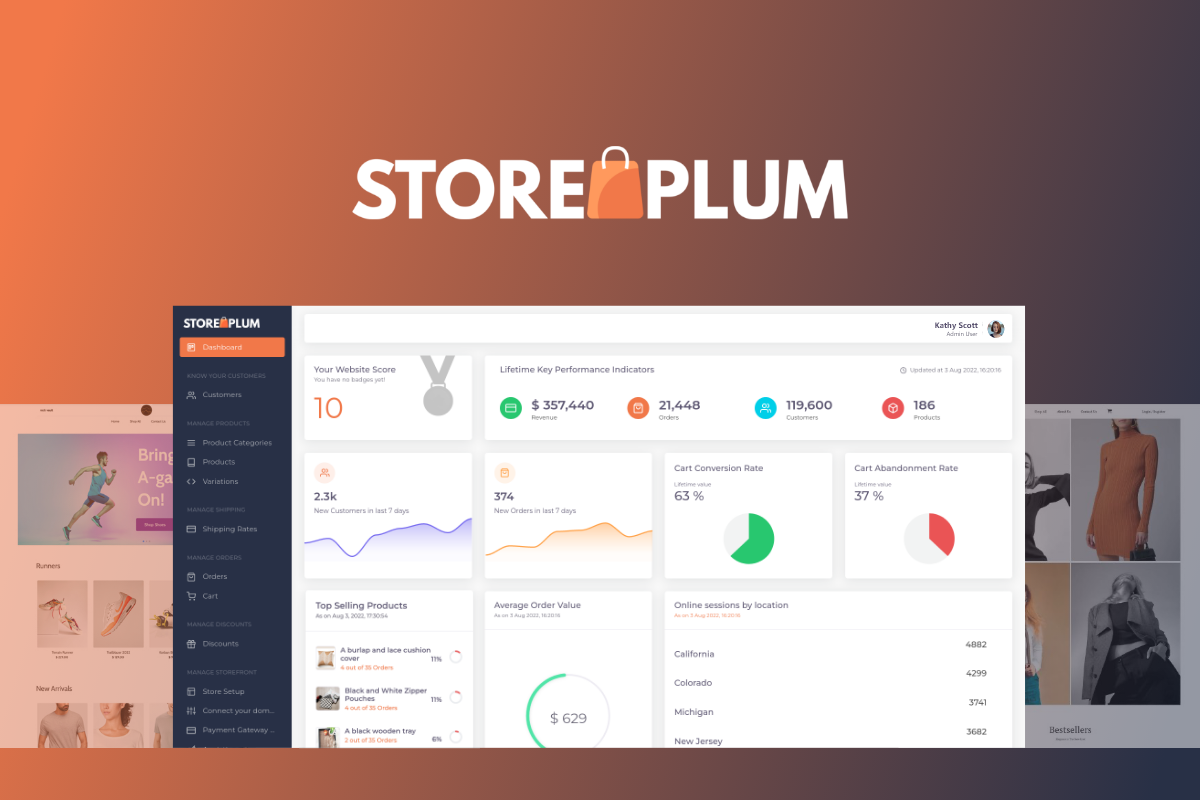 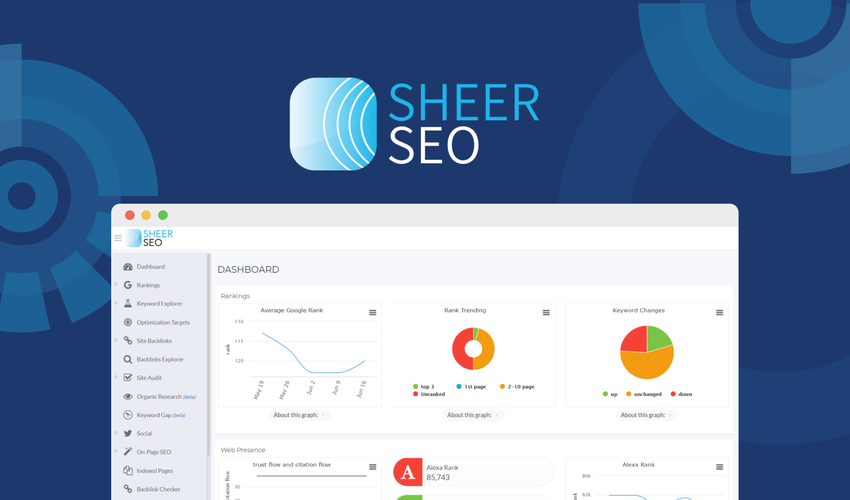 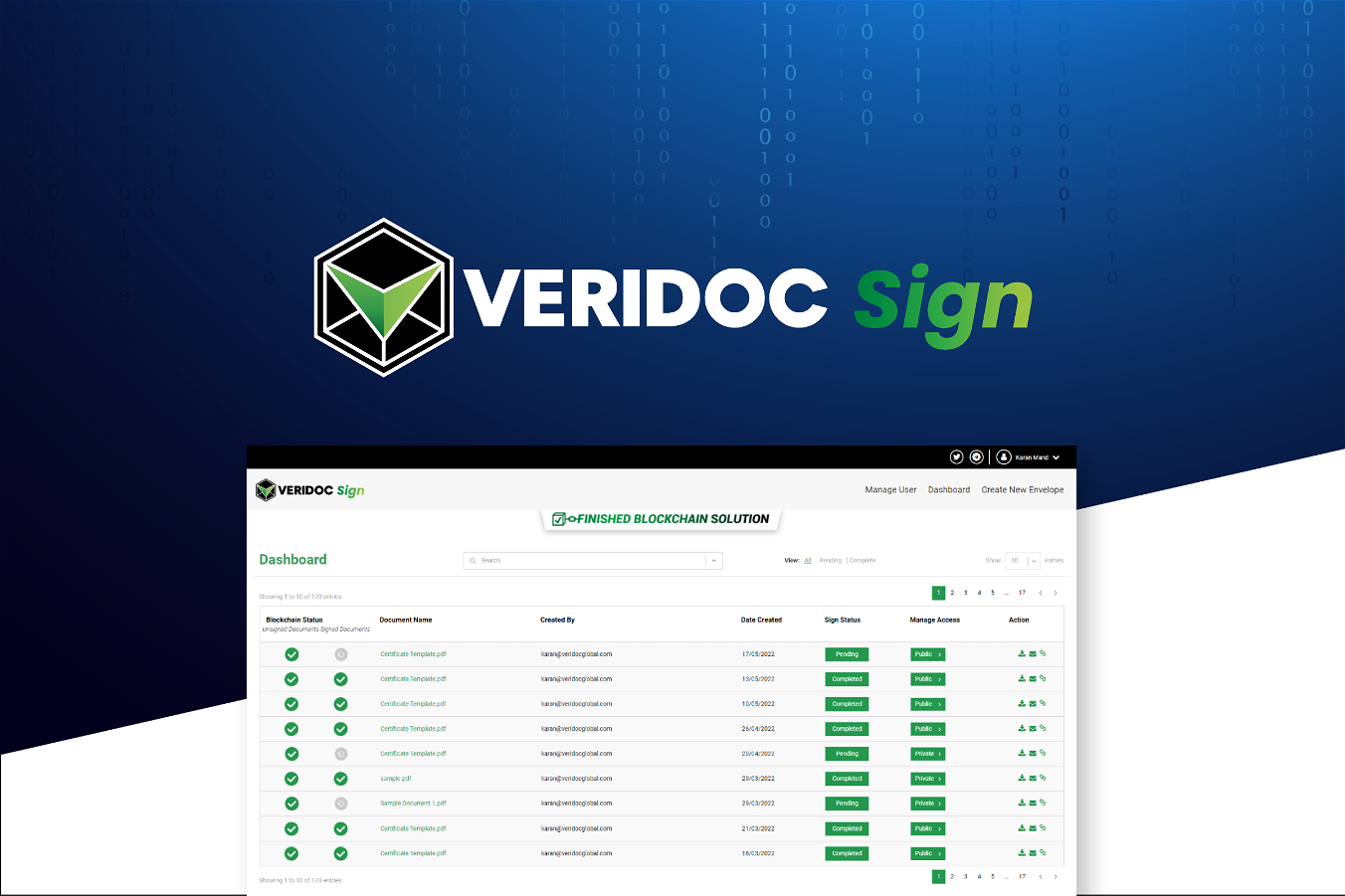